Did a bit of travelling in the UK on business and the highlight has to be my first trip to Belfast. I’ve been to Ireland but not Northern Ireland and I was looking forward to seeing what Belfast was actually like after hearing so much about it.

If you live in the UK and grew up in the seventies then Belfast comes with an enormous back story of IRA, bombings and ‘the troubles’ in general. I’m not sure if it’s the same if you live outside the UK I’d be interested to see what the US view is. Anyway the fact is since the Good Friday peace agreement in 1997 where a political resolution was found, Belfast has been a city reborn.

By and large it has the same feel as most of the major cities in the UK with the same shops and coffee chains on every street corner which gives the city a familiar look. The notable architecture speaks of a time when Belfast was the largest ship builder in the world which is no longer the case with the ship yards and sentinel cranes lying dormant. 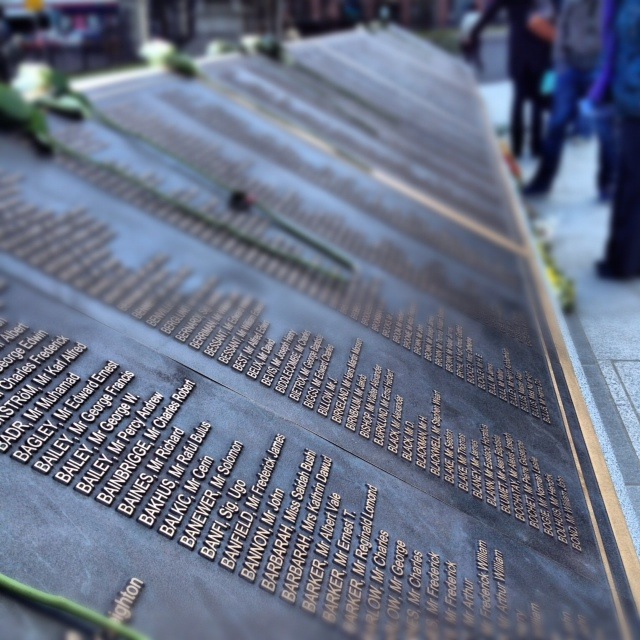 Belfast’s shipbuilding past looms large as does it’s famous child – Titanic. Visiting just a few days after the 100th anniversary of the sinking of Titanic there was an exhibition around the building of the iconic ocean liner and a very moving memorial to everyone who lost their life on the fateful day. I oddly noted there was a George Dean who lost his life (my first name is George) which brought it home to me. I thought there was a palpable sense of civic pride around Titanic – although the taxi driver dryly questioned celebrating a badly designed ship that sunk 100 years ago.

There is a clear legacy left by the ambitious and wealthy city fathers. Whilst the city was building ships it fuelled the development of a confident world city. It reminded me of Liverpool – each cities vying for the attention of a global audience, their location and economies giving them opportunity through hard graft and sheer muscle.

As is the way elsewhere, the old world has faded away and we’re left with a city grappling with its own identity in the new world. Belfast has extra stuff on top of this too coming out into the light after years in the darkness of violence and division. There are still signs of this as we drove through the ‘peace wall’ gates (that are closed after 11pm on a night) and although we didn’t ‘do the tour’ we saw glimpses of how it used to be and still is in some places.

I was struck by how warm the people are and open and vibrant the city centre felt. Although this was a flying visit I’m looking forward to spending more time there.