I was quite taken with these evolutionary masthead designs for some of my favourite comic book characters. Instantly recognisable it;s interesting to see how they’ve evolved and actually how basic they are. It’s funny too, when inspecting them closely, how poorly executed they actually are. Somehow the instant recognition and familiarity acts as a cloaking device for this.

Having said all of that, they still deliver that frisson of excitement – the promise of a story to come and a fat slice of escapism. 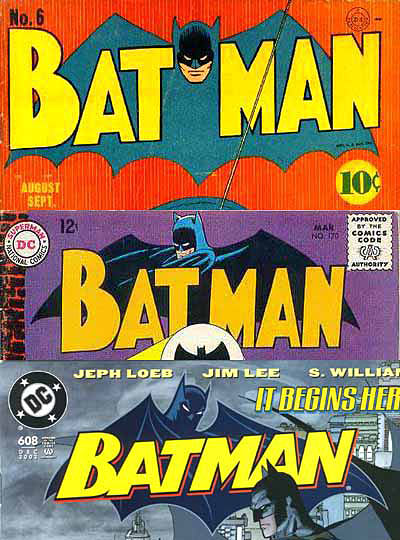 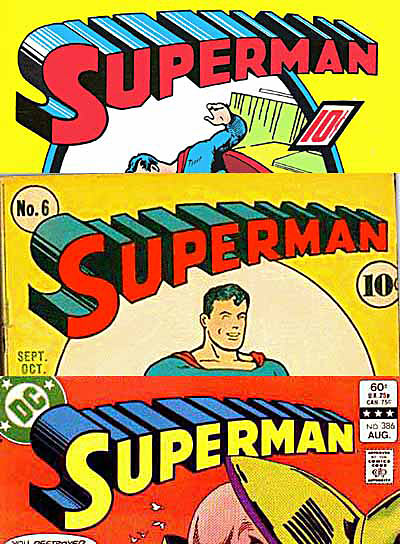 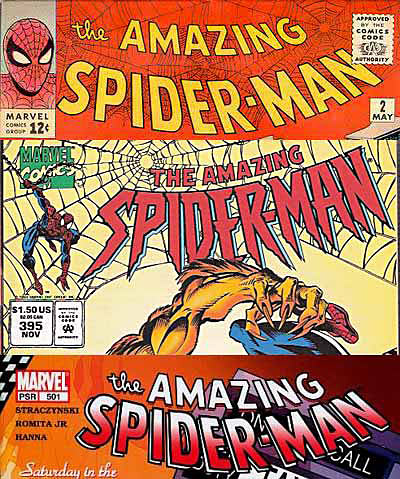 I loved these images of things taken to bits. There’s many of these images online with many consumer items taken to bits and analysed. They fascinate me with their complexity and fuss: these products seek simplicity and yet they are inherently complex.

There’s something rather beautiful about seeing all the intricacies of consumer products deconstructed.

Except when you have to put them back together. 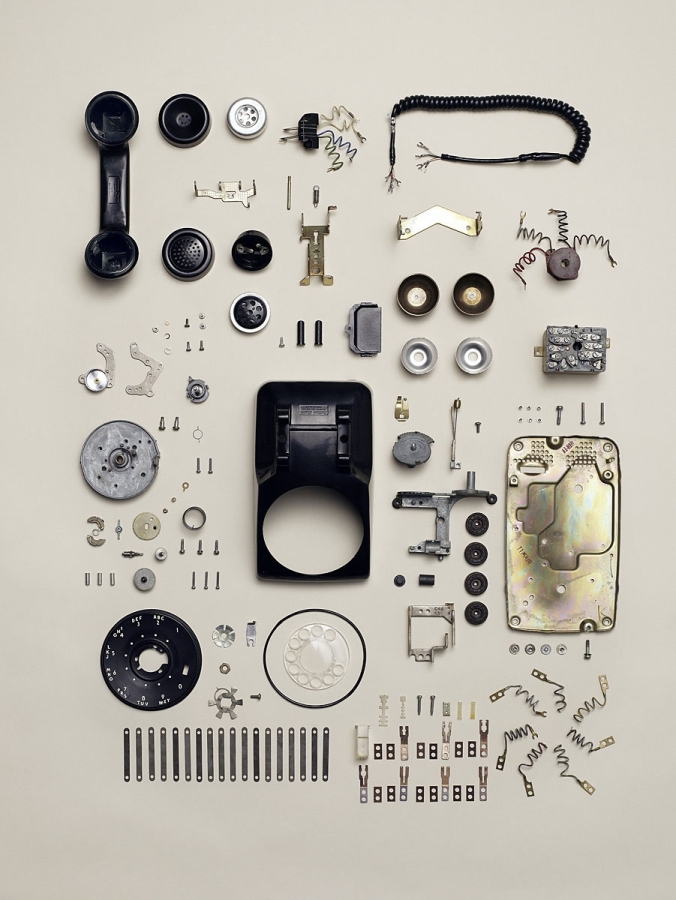 Wish you were here is an exhibition of photographs depicting the Leeds of the late seventies and eighties through the eyes of a group of football fans. It offers a fascinating insight into a culture and unexplored time. Unlike skins, mods and punks, Casuals (as they came to be known) were a little known youth tribe borne out of football culture that very quickly became more expansive and embraced wider cultural significance across the major cities of the North. I have to say that this scene passed me by somewhat – as an art student during this period I was otherwise engaged – but as a teenager in Leeds during this period, it was hard not to notice the scene take hold.

When I look at the photographs in the exhibition, what strikes me most is the exuberance and innocence of the images. Clearly the young men depicted in the shots are far from innocent, but they are definitely images from a more innocent time. There’s a voyeuristic feeling too – the viewer gets a glimpse into another world that doesn’t belong to them, although that’s certainly how I felt (it could just be me). 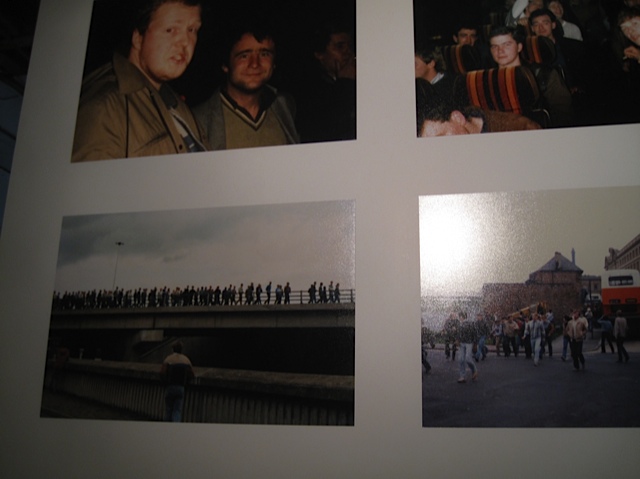 There are shots of smartly dressed lads wrestling and fighting each other and these images look faintly ridiculous, like they’re mucking around in the park, having fun. I think actually that’s what they were doing, just the outside world thinking it was life and death. The violence of this world lurks in the background more than overtly depicted, as an undercurrent to the ‘good times’ narrative.

Although football was never really my world as I grew up (ours was a Rugby League house) it was hard to not get drawn into it as a lad growing up in Leeds in the seventies. Don Revie and his famous team cast a very long shadow in this city.

There was lots to savour in this exhibition, in particular the portrayal of a time in Leeds’ history that’s been swept away as the city grew into a more cosmopolitan and hospitable place to live. Leeds at this time wasn’t a particularly cool place to live, they were properly austere times and there wasn’t much fun was to be had. Clearly we got it where and when we could.

It’s hard not to get drawn into the world of the photographs: running battles in side streets, gurning faces for the camera, lines of coppers in riot gear, goofing on park benches, burning chip vans, smoky coach trips and beers in the sunshine. Although I definitely felt like an outsider looking in to this world – which in itself is no bad thing – Wish you were here opened a compelling window into another time and another life. 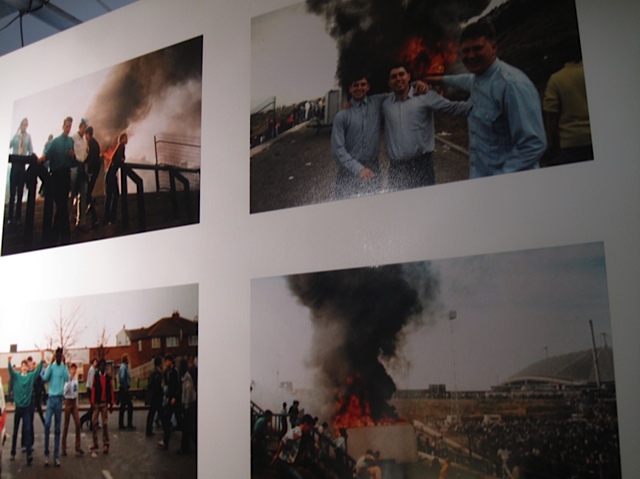 How could I possibly resist?

This post is going to be unashamedly nostalgic. On top of that it kills two of my hobby horses withe one stone (apologies for mixing my metaphors).

Continuing on my perennial theme of my formative design years, I discovered a book yesterday gathering dust on a forgotten bookshelf. I remember buying this book in the mid eighties and back then it was a relatively big ticket item. Buying design books for work was one of my treats: I’d take the book catalogue home and over a cup of tea, carefully select which design book I’d get the most mileage out of and which had the most ideas I could nick.

Graphis were the annuals to get and I had quite a collection. They connected me to the seemingly glamorous international design scene and in particular the US where my design heroes came from. Graphis annuals were jam packed with great ideas, big brands and briefs that were a designers dream. Certainly this designer, sat at a drawing board in an office, above the Shadwell branch of Ainsleys. These books spoke of big budgets, inventive print finishes, state of the art typography and photography I could only dream of.

I think the corporate identity book was the one I anticipated the most, so it was a joy to rediscover it. And my joy was made complete when I saw that one of the case studies in there was for a fledgling technology company from California called Apple.

Looking at the date when this was published, I don’t think we’d actually got macs in the studio but it must have been around that time. I make no apologies for the double geekiness of this post – it so hits the spot for me and I’m sure it will resonate with many readers. I’ve grabbed as many shots of the case study as is proper on these occasions and I think it only right that they do the talking.

For those of you out there who aren’t in the design world, the spreads depict the corporate identity (as it was called before branding took over) of Apple Inc and some of the rules around how to use and examples of the identity in action. It’s a lovely snapshot of the Apple brand stretching its legs in the early days. Even back then they were pretty sorted as you can see and after a blip shortly after this period, they’ve grown to be the world-beating company we know so well. 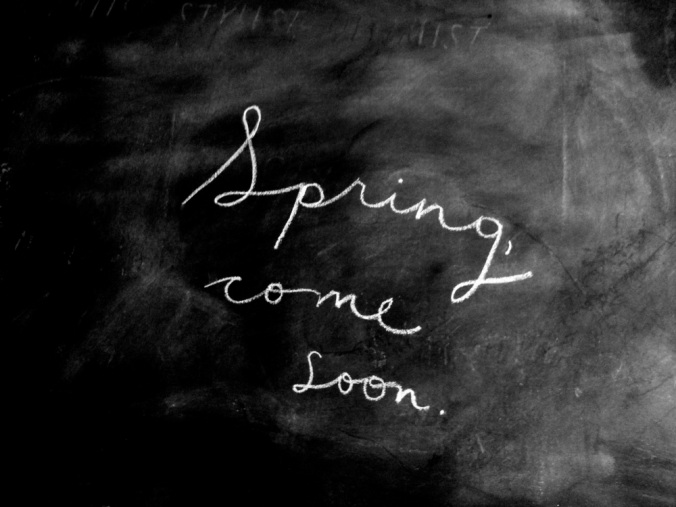 Maybe it’s just me, but it feels like it’s been a long old winter.

Perceptibly, the nights are getting lighter and these are the first signs that the seasons are starting to change. I suspect that we still have some proper winter weather to endure, but March is around the corner and this always signals the early signs of Spring.

Birds start singing and the early bulbs start to brighten the hedgerows and gardens. We can start to come out of hibernation too, get outside more and tackle the outdoor jobs that the winter weather has discouraged starting.

For the time being though, there’s some hard winter yards that need tackling in February, but once they are out of the way, Spring is just around the corner.

Here’s one for all you creatives out there.

Next time you have a tough brief, turn off the computer.

In all the years I’ve been in the creative industry, I’ve never seen an idea born on a computer screen.

Sharpen your pencil, get out a nice notebook.

And scribble, doodle, draw – whatever.

The ideas will come. 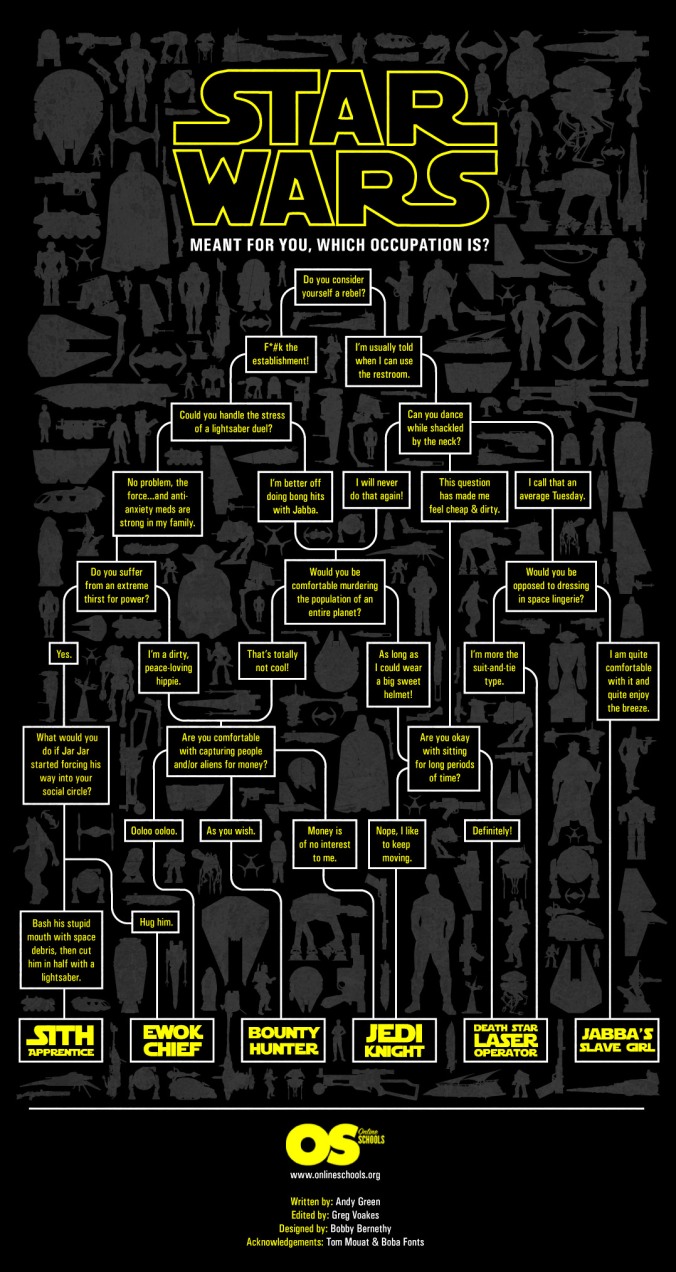 After the excitement of gutting and skinning the hare, it hung in the garage for the rest of the week until it was ready to cook. Game can be hung for a number of days (and weeks I’m told, but lets not go too mad) and it will be fine. Other meats you have to be careful, but for some reason game is fine.

My nervousness around the strong flavour of the meat increased as I started to joint the hare. It’s flesh was easily as dark as beef or venison and the smell was quite distinctive – kind of gamey with a metallic tang to it. And on cooking, there was definitely more than a whiff of countryside, iron and something quite undefinable, which I can’t define.

Rather than opt for the hard core jugged hare recipe in Hugh’s seminal Meat Bible (which uses blood and liver, both of which I had in the fridge, in tupperware in case you’re worried about the hygiene scenario) I opted for the allegedly diner friendly Hare Ragu, which was adapted from a rabbit recipe.

In this recipe, one basically cooks the hare in a stock pot for 3 hours in the oven, nice and slow, with a whole range of classic stock pot ingredients. When cooked, the liquor is strained and reduced and the hare is picked off the carcass and added to the sauce. Here’s when you realise hares have massively muscular legs and back muscles and not a lot else, but this was a big fella and there was plenty of meat. 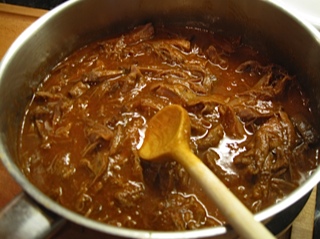 The resulting Ragu sauce was beautifully rich and contained some of the most tender meat I’ve ever tasted. My initial worry about the strength of game flavour seemed like sheer amateur’s folly – there was still a definite twang of something different, a deep resonant flavour lurking in the background, but it didn’t rankle.

Our dinner guests declared it a huge success: ‘it was lovely, and not as bad as we thought it was going to be’. So – that’s a success in my book when there was a palpable sense of unease prior to sitting down.

All in all it was worth the effort and hassle and would I cook it again? Most definitely.