These lovely drawings caught my eye.

They are by Lys Bui and they depict the old buildings of Saigon (now Ho Chi Minh City of course). In his words they are “an attempt to portray the beautiful city through its architectural, historic & nostalgic treasures which have been slowly fading away due to the rapid development”.

I like the naive style and the bright colours – I’d quite like to see some of Leeds’ classic buildings drawn this way…I might give it a go. 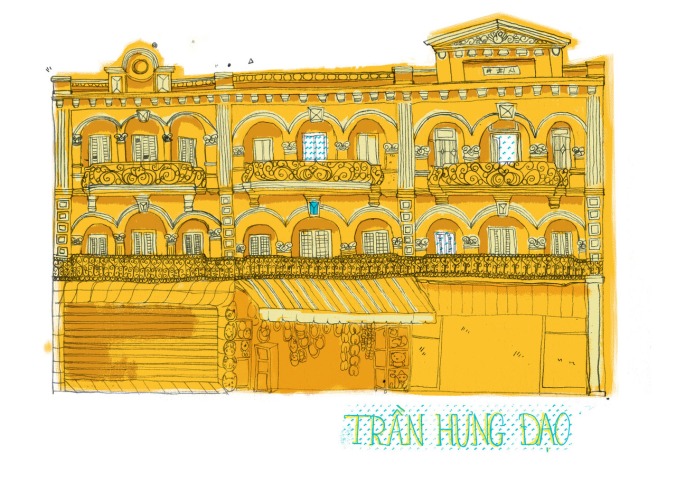 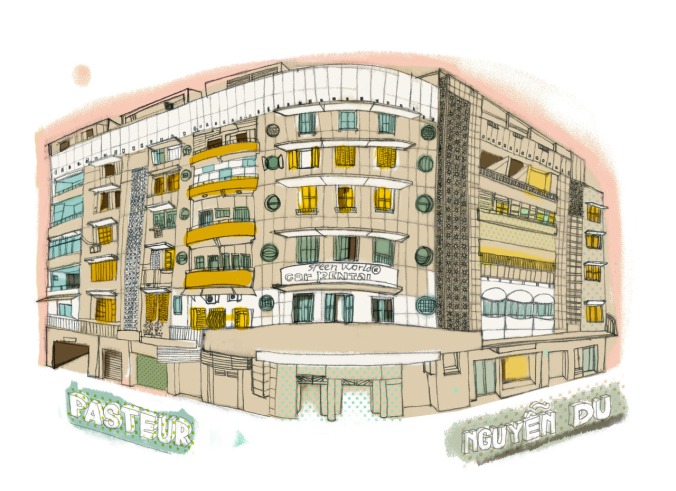 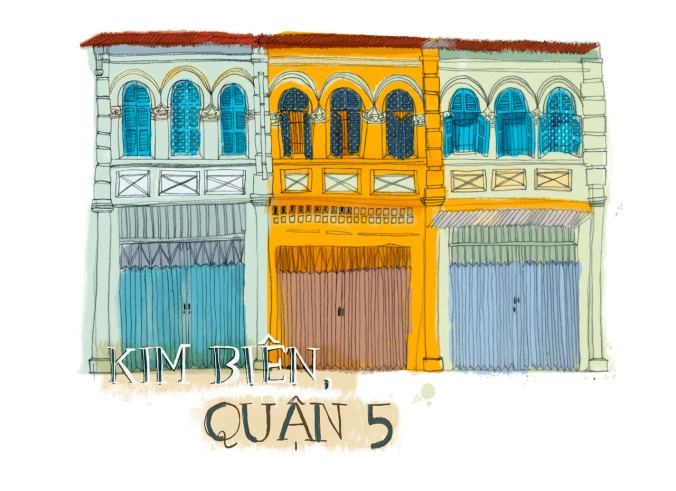 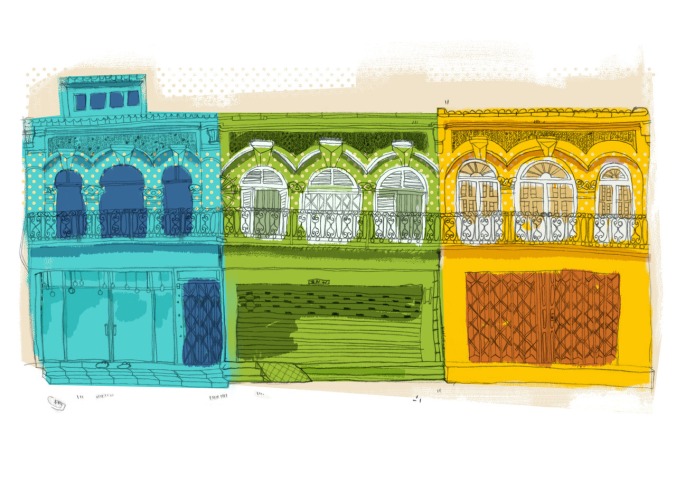 I’m loving this fabulous array of film, television and comic book character weapons. How many can you identify? 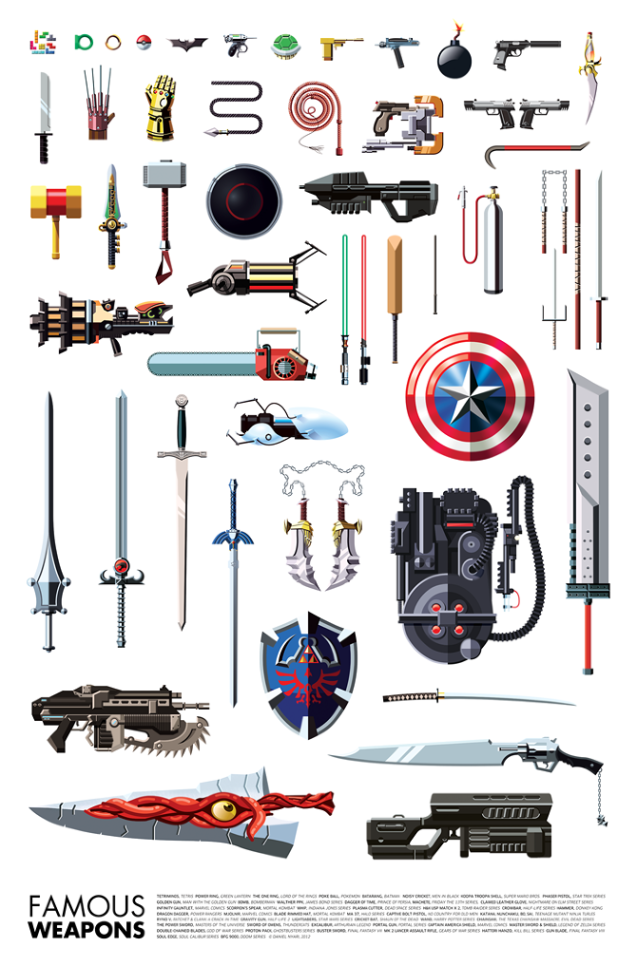 I do love a good ampersand.

For the uninitiated, an ampersand is the curious squiggle that gets used to shorten ‘and’. It’s name derives from the phrase ‘and per se and’ – so it  basically means ‘and’. It’s what we call a ligature – two letters joined together to make a logogram.

Meaning aside, the ampersand can be one of the most elegant symbols in any font alphabet  and is a real indicator, I think, of how well the font has been drawn and cut. In the old days, fonts would actually be drawn physically with a pencil and ink and literally cut out of wood or metal. Of course that’s not the way these days but the terminology is still used. If this sort of thing interests you, it’s well worth seeking out Simon Garfield’s excellent history of type ‘Just My Type’ – it tales the reader on a wonderfully respectful and enlightening journey of type history and how it makes a real difference to our lives still.

Just this morning, I stumbled across this set of rather cool looking ampersands that would’t look amiss framed up in a gallery. I hope you enjoy them as much as I did. 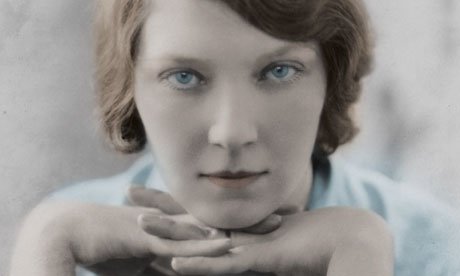 This was the latest book we read in our book club.

I’m not sure that I’m the best person to write about this book, as I didn’t really appreciate or enjoy the book quite as much as the other members of our group. This book is a classic (always scary territory) that has been studied and picked over for years and whilst that isn’t usually an issue for me, I came to the book like it was any other. Written in 1966 Wide Sargasso Sea is set in the post colonial West Indies. It tells the story of a white Creole heiress who is caught in the middle of seismic changes brought about by the abolition of slavery and the subsequent social turmoil and human displacement.

I’ve got to be honest, this book didn’t grab me.

I didn’t care that much about the characters and whilst I enjoyed the mood created by the author jean Rhys, it seemed like I was missing out on something. At the book club meeting I discovered that this book was written as a literary companion piece to Charlotte Bronte’s famous Jayne Eyre novel and shares characters like Mr Rochester. Some of the members in the group found this interesting and clever, having read both books but that’s the thing, you really needed to have read both and I hadn’t.

Positives in the book for me was that the book possesses a dark heart and there is something sinister and oppressive lurking beneath the surface. It has an unsettling atmosphere and the constant switching of narrator adds to this tone. It’s a very brief book too – which has many positives in our busy lives – and I always think that an author that can use brevity and still paint a very lucid picture is a very good writer.

Make no bones about it, Jean Rhys is an authoritative author who wears her literary power lightly delivering powerful imagery in her sparse prose. But the book glowed and sparked only a little for me and instead of the ominous build to an explosive climax, it fizzled out quietly. It felt also like this was her plan too: not for her the dramatic denouement but a low-key, depressive ending in keeping with the central character’s contrary nature.

So — a book I kind of enjoyed but actually felt a little short-changed by in the end. More importantly for us, it delivered a lively discussion around the table with scores ranging from two to seven. With a couple of new faces in the group, it made for a thought-provoking evening but even after all was said and done, I still felt my initial view was vindicated. 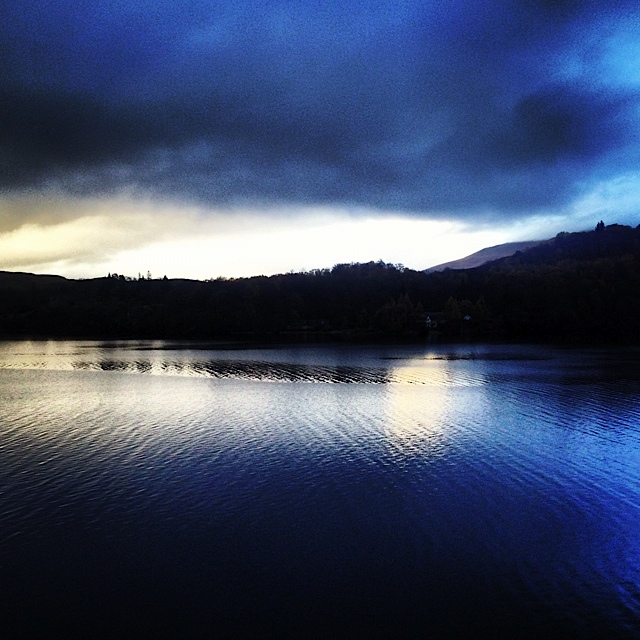 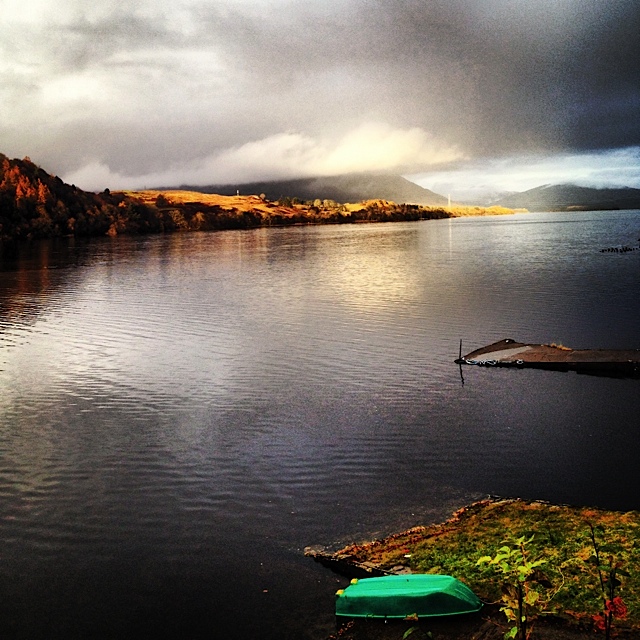 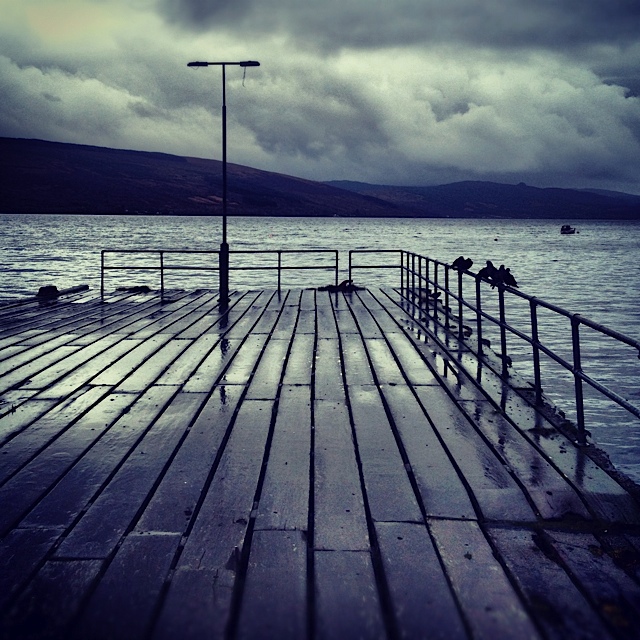 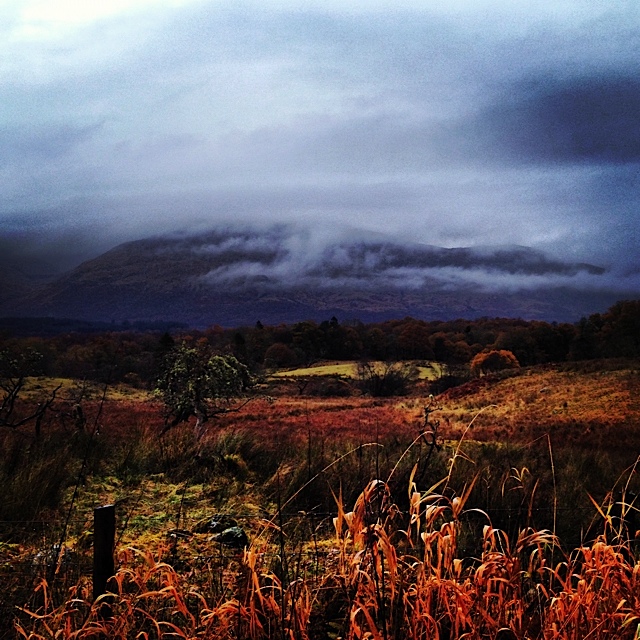 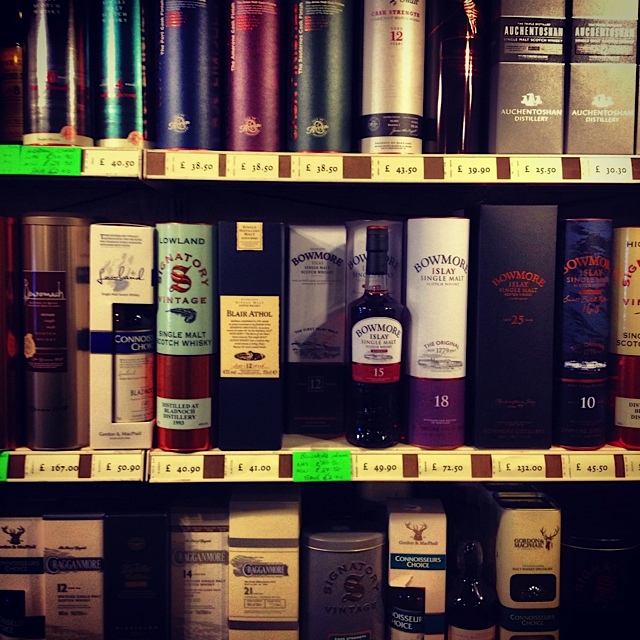 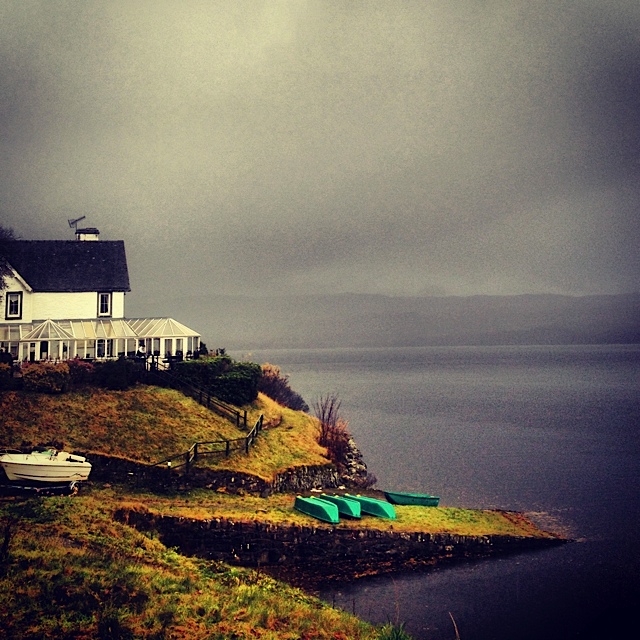 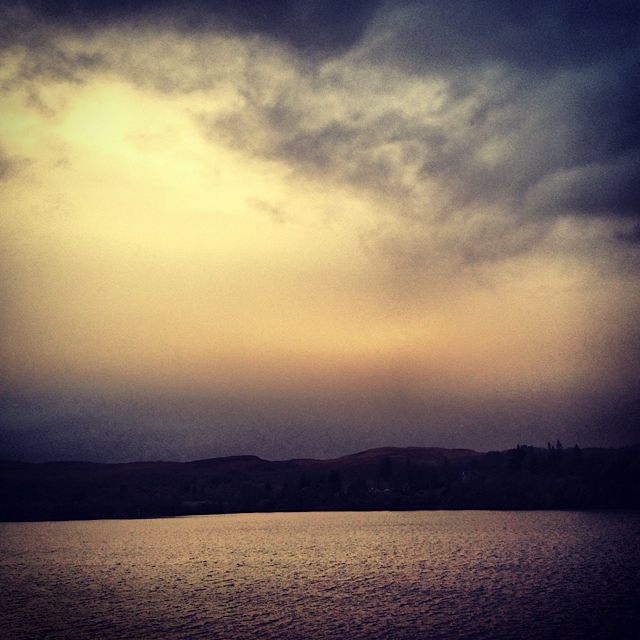 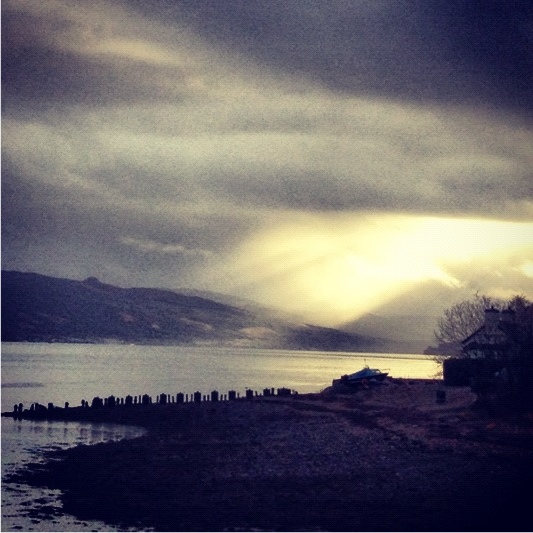 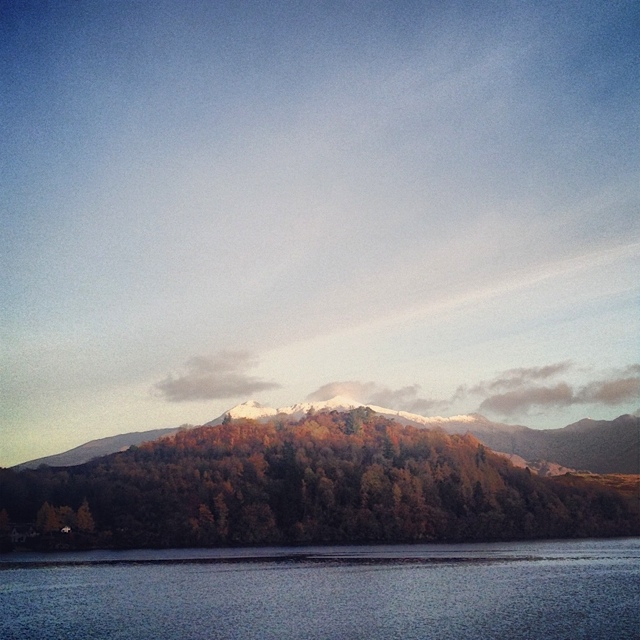 When the iPod first landed on the scene it absolutely revolutionised music for me.

I’d fallen out with music a little bit – CDs just weren’t my thing, they seemed so soulless. So when a piece of technology arrived that could keep all of my music digitally in one place the size of a fag packet, I was all in.

Of course the technology raced on and subsequent iPods got smaller and thinner whilst their capacity got larger and larger. I can say hand on heart that the iPod and iTunes rekindled my love for music again, allowing me to have every single song in my library (once I’d painstakingly digitised the lot) at my fingertips. I have owned pretty much every generation of the iPod apart from the fiendishly priced original and revelled in the increased capacity of each version and the reduced prices too.

All of my musical consumption revolved around the ipod – I could have every single tune in my pocket when on holiday, I would plug in the Ipod to a dock and play it around the house. I sacked off my perfectly serviceable Denon hifi in favour of a reassuringly expensive Bose sound dock. The iPod drove technological innovation across the board for me and I thought it significant that it had its own section in my music magazine of choice, the now defunct The Word.

But technology marches relentlessly on and just as the iPod vanquished all in its path, progress will in turn kill it off in due course via The Cloud. I have, of course, embraced cloud based technology and all of my music now lives in the cloud so I can stream it all to multiple devices wherever I may be on whatever I like.

But I still love my iPod.

The tunes are physically on there and I like that. Oddly for me, I don’t need to have physical vinyl or discs, but the actual song files I’m quite happy with. I’m not sure if I’m comfortable just yet going 100% streaming, so I’ll be hanging on to my gradually outdated iPod as Apple don’t seem that keen on doing anything with it anymore.

But I think of it as a digital comfort blanket, always to hand, easily plugged in to a device, every tune I own, all in one place.

Brands are interesting, or at least I think so.

As a consumer, our relationship with brands is a complex one: it’s based on a multitude of experiences with a brand – it could be physical, for instance in a shop or it could be an emotional one, seeing a tv commercial. All of those experiences add up to what the brand means to us and I’d guess that most people don’t really think too much about it, we just get on an transact with brands. Or not, as the case may be.

It’s not often then, you encounter a brand so single-minded in what they are doing, it’s breathtaking.

Rapha are one of those brands.

If you’re a cyclist, you’ll know exactly who I’m talking about. If you’re not, you won’t. And that’s because they spend every single waking hour focusing on their customer – hardcore cyclists – what they like, what they want, who they are – you know, all the stuff a lot of businesses don’t do particularly well. I’d go so far to say that if you’re not a cyclist, they actually don’t give a monkeys about you – these guys are seriously focused on their bike riding customers.

Simon Mottram, founder and CEO of Rapha was speaking at an excellent conference I attended this week –  Hull Digital. He is the founder of the business and the Rapha brand we see is essentially him, the embodiment of his values and beliefs. Rapha as a business has grown off the back of  the popularity of cycling and particularly the MAMIL phenomenon (Middle Aged Men In Lycra). Middle aged men with disposable income in wealthy countries have essentially fuelled Rapha’s growth and emergence on to the world stage of cycling, leading to their sponsorship of the world’s best cycling team, Team Sky for whom 2012 Tour de France winner Bradley Wiggins rides.

So they’re doing loads of things right: they love their customers and know them intimately; they are cycling nuts themselves so know what works and what doesn’t; their products are reassuringly expensive and technically the best available and they have a brand with superb provenance (their name comes from an Italian cycling team in the sixties) and a highly sophisticated, perfectly judged visual identity. What’s not to like?

Interestingly I was talking to a young dude who cycles competitively at club level at the conference  and whilst he appreciates the Rapha image and ethos, he claimed he’d be ridiculed at his club if he turned up in head to toe Rapha. It seems there’s a culture of not trying too hard with your image in British club cycling – the tattier the kit, the more kudos it gains you, something coincidentally I’ve experienced first hand playing tennis at club level. It’s almost not the done thing to look the business, which I find bonkers. I imagine there’s no such culture internationally where our more stylish European cousins or monied Americans spending big time on Rapha kit.

I have to admit the geek in me really enjoys the attention to detail lavished on every product Rapha sells from gloves to jerseys to embrocation. They know full well that their customers are complete geeks too and cater for their every branded whim. It’s a joy to behold when not only is the product brilliant but the packaging is just as good too.

Rapha has really set its stall out to own a very specific space in the market and it’s a joy to see a brand at the top of its game. I just hope that they don’t get snapped up by a Nike and lose their independence – a similar thing happened a few years ago with once uber-cool brand Howies who lost their way after acquisition to the corporate world – who have since bought their independence back, tellingly.

My prediction is that Rapha will continue to plough their stylishly unique furrow, independently, for quite some time to come. 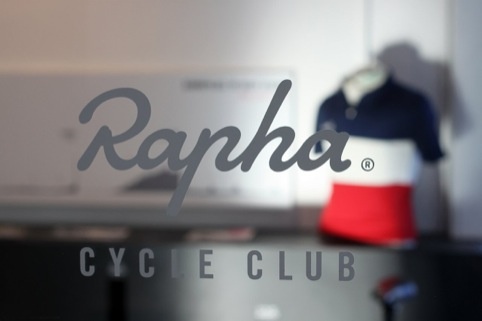 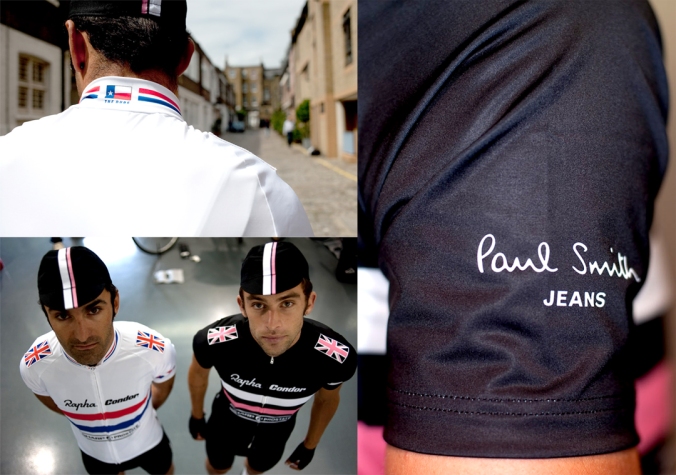 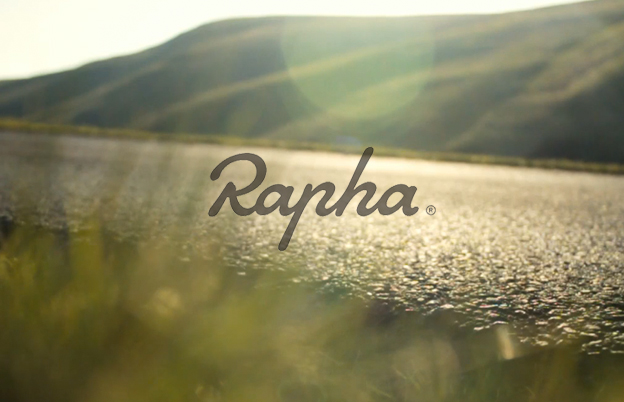 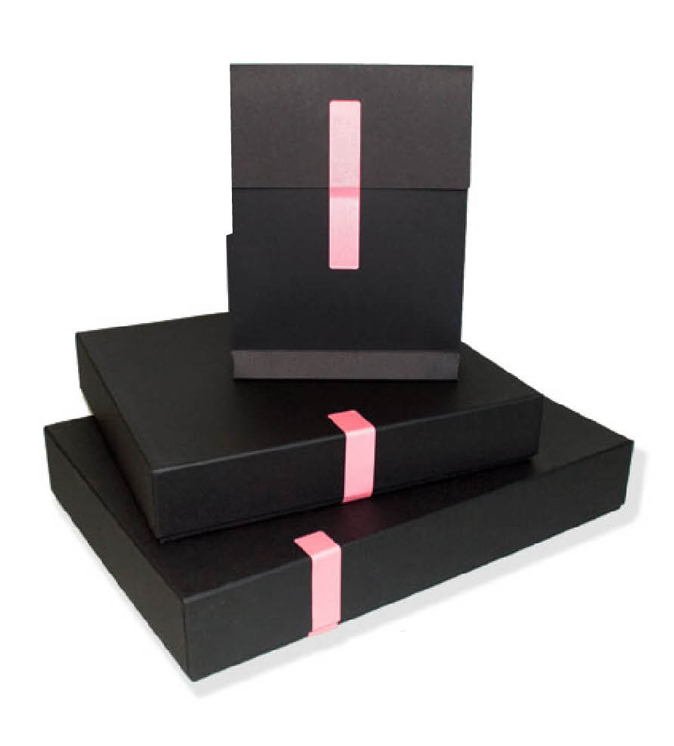 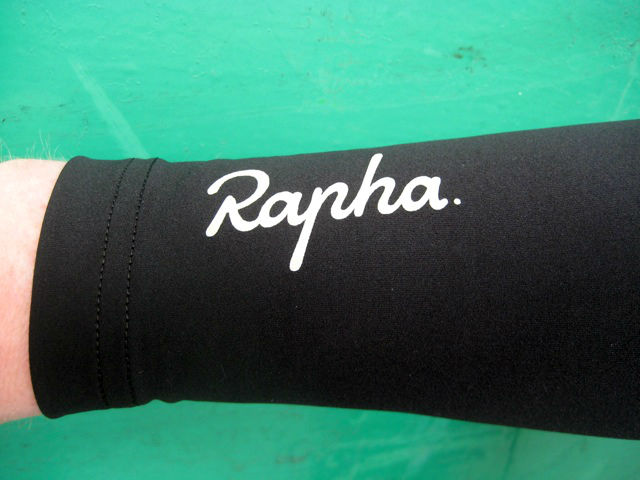