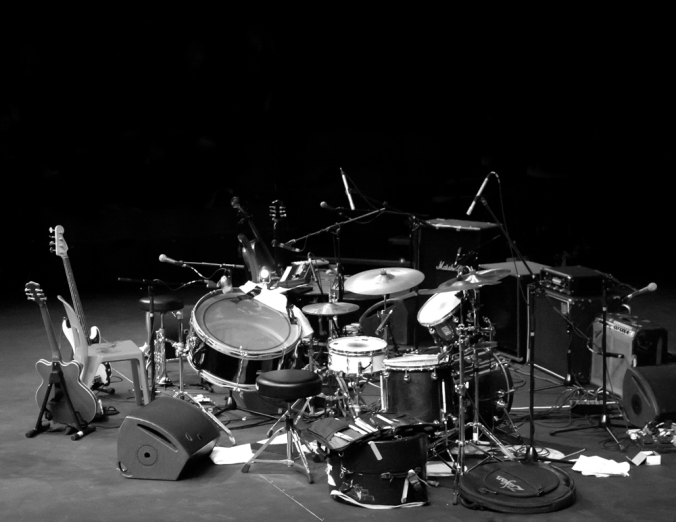 There’s not many bands that can completely rock out one minute and then play a sublime orchestral interlude the next, but British Sea Power are one of them.

Hot on the heels of their no holds barred Krankenhaus club night in Brighton, where every night was bonfire night, BSP appeared on the bill of the highly regarded documentary festival DocFest in Sheffield. They were playing their original score for director Penny Woolcock’s film From The Sea to the Land Beyond, a wonderful film using archive footage to capture Britain’s unique relationship with the sea.

From the remote Scottish Isles to nostalgic footage of seaside holidays, shipbuilding preparations for war, the brutal lifestyles of fishing folk to the majesty of the waves, this film really is a meditation on our coastline and how we have changed over the years – whilst the sea remains a constant to our island nation.

The archive black and white footage inevitably brings an honesty and integrity to the work with people filmed doing everyday things looking at the camera in a mysterious, odd way. It was struck that 100 years ago cameras were rare things where now we all carry one in our pocket in the form of a mobile phone. Interesting too how the more recent colour footage didn’t quite carry the gravitas of the early monochrome – I think I prefer my history in black and white.

From The Sea to the Land is a unique project commissioned by Sheffield DocFest and Crossover and this was definitely an evening to savour. The might and power of BSP’s music matched the epic maritime scenes whilst their tender and delicate compositions transformed everyday scenes into a moving tableau of British life. 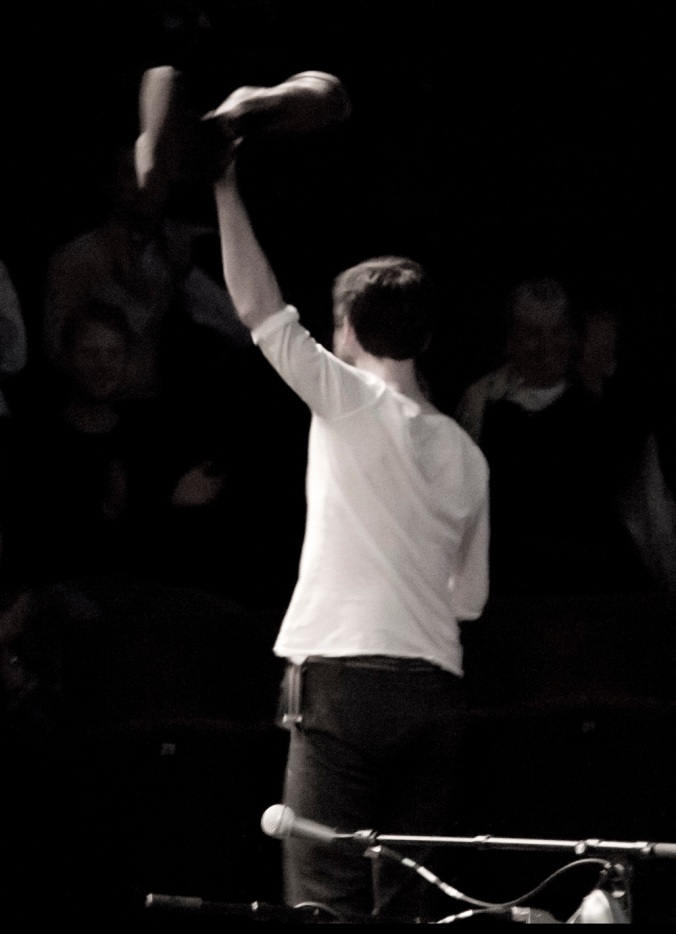 Special mention to Carl Milner for his rather wonderful images from the performance.