Apologies for the headline, but I suspect that line is bound to be used after the Oscar ceremony next weekend when The silent movie The Artist should gather a good few of the golden statues, on the back of its success at the BAFTAs.

I’ve seen the film knocking around and for whatever reason, not really made the effort. But after seeing all the praise heaped on it, we thought we should do it. Only one cinema in Leeds (Vue The Light) was still showing it pre Oscar so we planned it all out. I know cinema shouldn’t be an effort per se, but it is for me. Transport, work, tired other half, busy schedule etc etc all conspires against cinema in my life – so a visit for us both (with a sister in tow) requires a degree of planning. Anyway, we made it and we had a lovely supper at Fuji Hiro so a perfect evening ensued.

The Artist is unashamedly old fashioned and wonderfully so. I love old films, black and white, Hollywood glamour, romance and all that stuff so this film was right up my street. I’m coming late to the party as far as this film is concerned so perhaps my job is to push waverers over the line.

If you like blockbuster movies this isn’t for you.

If you like pretentious art house this isn’t for you.

If you don’t like happy endings, this isn’t for you (spoiler).

On the other hand, if you love craft and care and attention to detail storytelling then this is a film you’d enjoy. It’s a lovingly recreated story of another time, the central theme almost unimaginable to us now. Imagine films that had no sound at all and then when the technology allowed sound to be conveyed what do all the silent artists do then?

Plenty of parallels with the constant change of technology these days, where being adaptable and flexible holds sway over sticking by your guns. I felt for the silent movie star holding out, Canute style, against the tide of the talkies.

I think this film is successful not just because of the novelty factor of a silent film, because it focuses in on what makes a great film – emotion and caring about the characters. I know a film has got to me when I actually start to worry about what’s happening to them and how would I react and what would I say or think. The Artist effortlessly delivers that.

It’s brave and ballsy too – when was the last properly series silent movie made with the courage of its convictions? The actors are luminous: the lack of dialogue makes them work all the harder and their expressive faces stay a long time in the memory.  I just liked it because it hits the spot that many modern films don’t care to – build characters that people will care about and then deliver it in an entertaining way.

This is a timely reminder of the elegance forced upon designers when technology restricts what they want to do.

Kind of makes me wonder whether all the drop shadows and rendered fonts in the modern interfaces are actually necessary. Or maybe I’m an old school curmudgeon.

What an amazing photograph. Talk about two cultures colliding… 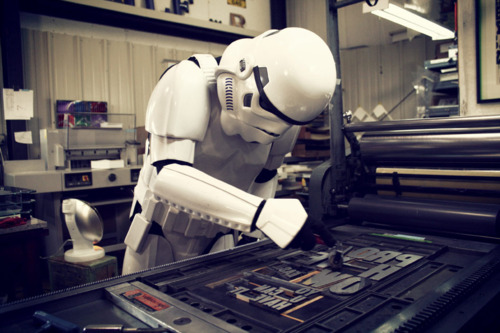 This month’s book club is the less well-known book of the rather famous movie. Most people of a certain age – ie knocking on a bit – will be very familiar with the Jack Nicholson starring, oscar laden celluloid version of the book by Ken Kesey.

But I had reservations about reading this book – I won’t lie.

These reservations were simply that I know the film too well. I’ve seen it countless times – admittedly a few years ago – but the film is a piece of powerful and iconic film making. I was talked round in the end, or perhaps I caved in. Either way, we read it last month.

The first thing to notice is that the book is written from the Chief’s viewpoint. As one of the inmates of the mental hospital, the story being told from his perspective is very different and refreshing from the beginning. The rest of the book has been faithfully told in the film version albeit with the lack of intensity and depth found in literature. Kesey wrote this book in the late 50’s and it speaks of that time – America changing and coming to terms with that change, the onset of the liberal 60’s with all the free love and drugs culture that came with it. It’s a gripping tale of a rebel who gets a bunch of dysfunctional people to function again in some way and it’s a story of sacrifice and human spirit.

The face of Jack Nicholson looms large on every page and although Kesey’s central character doesn’t really resemble Nicholson, it’s hard to shake him off. The true sign of brilliant casting and acting I think. I came to the conclusion that the book was very, very good and that if I’d read it before I’d seen the film it would have scored much higher. I’m not a huge re-reader of books and as a consequence the fact I knew the story well softened the body blows it contains. I scored it a not too shabby 8/10 but it could easily have been a 10.

If you’ve not read it, or not seen the film either, I can highly recommend you read this book.

One word of warning: in the canon of blokey books we have read on our blokes book club, it doesn’t get much blokier. It’s not PC and it contains some language and attitudes that are probably best left in the late 1950’s – but well worth a detour from any sensitive chick lit you might have on the go.

I like this: an infographic that combines the subject matter and the output channel. In this case, it’s skin. 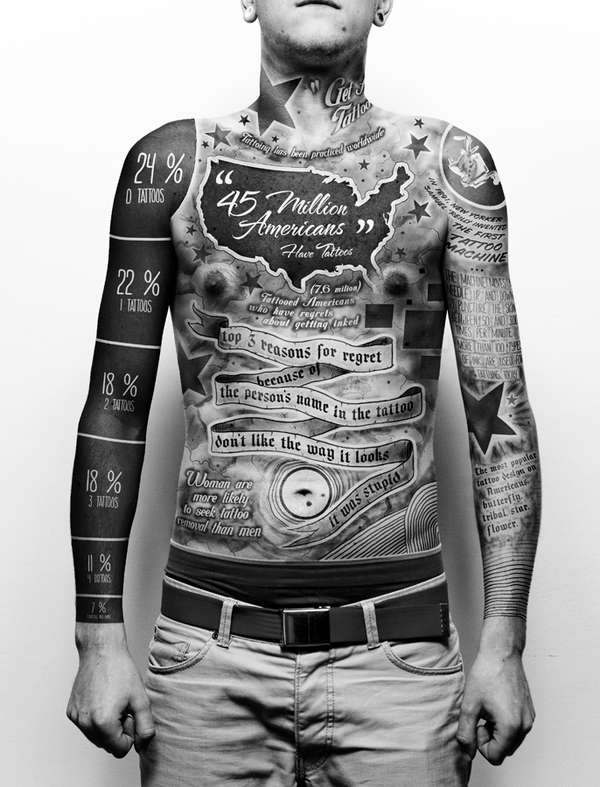 You wouldn’t want to make me angry…would you?