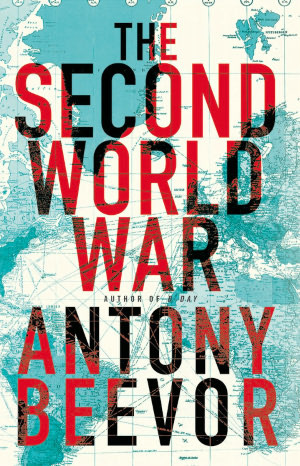 This weighty tome was one of my recent holiday reads in France. Not the usual airport trash that I would typically consume whilst lying around drinking rose in the sunshine admittedly, but a book of such scale, intellect and ambition that I could have only tackled it on holiday with time on my hands.

I’ve read a couple of Beevor‘s books before on D-Day and Stalingrad and knew what to expect – the grand sweep of war told with masterful poise with the human tragedy of conflict seeping through at every twist and turn.

Growing up in the seventies, the second world war was never that far away from my consciousness and war films, models and a father obsessed by all things military certainly made an indelible impression on me. as such, I find myself more than a little bit interested in all things WWII.

In the past I’ve been interested in different elements of the second world war conflict from D-Day to the Holocaust and Pearl Harbour to Hiroshima, but to be honest never seen the entire picture which this book certainly sets that out.

From the build up to war in Europe, to its devastating aftermath in Nagasaki, the story is told in unflinching detail and Beevor is the kind of historian who brings his facts alive with real stories, anecdotes with relevance to the modern reader.

The recent trend for ultra realism in cinematic representations of conflict aside, the second world war for me has always been about tales of derring do and I guess the ability to show the real face of war was simply unavailable to film-makers in the fourties, fifties and sixties. I suspect there was even a lack of appetite for this type of representation. With notable exceptions like the landmark seventies documentary The World at War, it’s very rare that the story is told in its entirety.

This book does not shy away from describing the most brutal conflict the world has ever seen in graphic detail and it’s in these descriptions that Beevor really does hit hard, depicting a world almost indescribably violent that to modern readers it almost beggars belief. On top of that, it covers the major events and themes of the second world war, how they influenced each other and in turn, how the conflict grew into a war with the largest loss of life ever seen on the planet.

Beevor effortlessly moves from the political to the personal, telling the everyday stories alongside the strategic decisions. His narrative is lucid and engaging particularly with less well-known stories like the rape of Nanking with honesty and sympathy.

Reading this book in Northern France on holiday was an experience in itself, particularly as the book moves inexorably towards D-Day and the defeat of the Axis Powers. The French countryside we drove through providing plenty of evidence of the conflict after seventy years with memorials and military graveyards.

This was a monster-sized book that really did require will power to get through but Beevor was up to the task of keeping the reader enthralled in the unfolding tragedy and global drama of the second world war. He transformed his meticulous research into a series of dynamic narratives and gripping real-life stories.