It was just over a year ago that I attended the London premiere of British Sea Power’s magnificent live soundtrack the the classic film, Man of Aran at the BFI. I was mesmerised then and I was mesmerised again last night in Sheffield, where they played the soundtrack live to the film as part of the city’s Sensoria Festival.

This is British Sea Power at their best – a majestic, atmospheric, engaging and enveloping score that draws one into the film in a way the original score simply couldn’t do. It’s interesting to see the clips of the old film on YouTube and compare the two soundtracks – the new music delivers an immediacy and potency that I think is simply more in tune with modern tastes.

The film is a docudrama set in the 1930’s on the inhospitable Aran Islands that is essentially a series of set pieces, each building to a crescendo of struggle and difficulty the likes of the modern western world has not seen for a hundred years. Directed by acclaimed film maker Robert J Flaherty, it was described by American film critic Pauline Kael as “The greatest film tribute to man’s struggle against a hostile nature.”

“It’s a wonderful film,” says BSP guitarist Noble. “The images vary between huge drama and a brilliant kind of ridiculousness – check out the amazing foot-wide bobbled berets that the fishermen wear. It’s a great look, like a 1930s Irish version of Jack White or Kraftwerk. It’s a film that’s also relevant to the current era – a time when the idea of living a simpler life is in the air. The film shows something I’d like to think I could do, but know I never will.”

I agree with Noble – I don’t think there was a person in the theatre that wasn’t comparing our comparatively easy life the sheer hardship of the islanders. Of course there’s something rather noble (excuse the pun) about the life that they led back then: man against nature, man has small victories but nature’s really still in charge. And of course with our recent experience with ash clouds, we’re reminded that no matter how much we advance technologically, nature is still in charge.

Having seen the live scoring previously, I felt they’d developed the work further – it seemed tighter, more luxurious and somehow more immediate. The show was a precursor to the tan Hill festival and there was much anticipation in the foyer post show hubbub. The Showroom was a great venue to see this one off event (actually they played two shows at 7 and 9pm) and the evening was topped off nicely by a highly average curry. 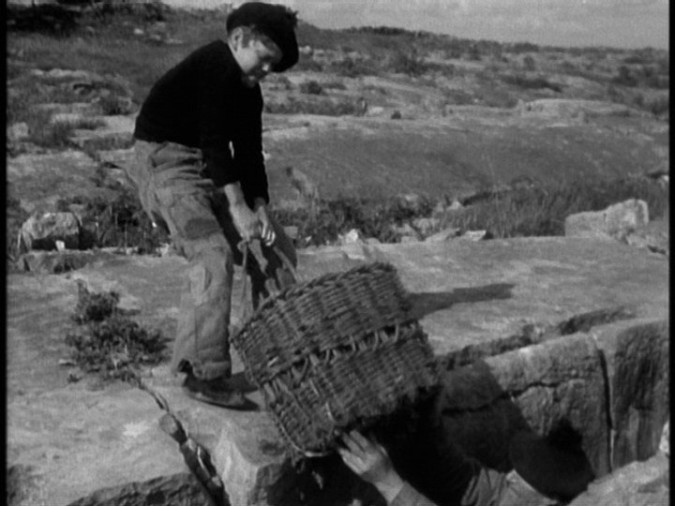