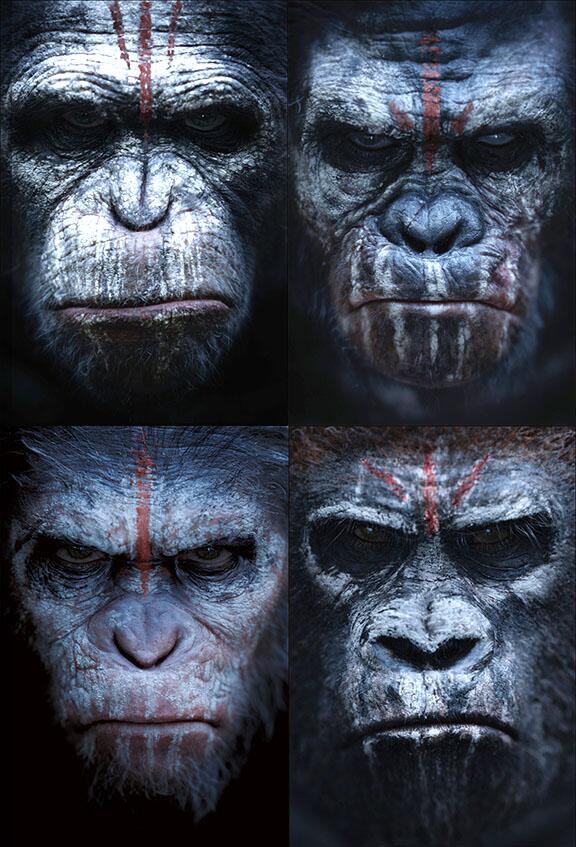 My apes obsession is well documented on this blog and I make no apologies for the adulation in this post. When I first saw Planet of the Apes on TV in the seventies I was actually coming to the simian party pretty late. Little did I know at that time that there were five movies that had already preceded the television series.

Boy was I in for a treat.

The TV series was cancelled in the first season due to poor audience figures in the US although it was a smash hit in the UK. Apes mania hit the UK in the mid to late seventies. I know. That sounds like a ridiculous statement but it was true. Apes were everywhere: TV, live performances, games, models, games, clothing. It was a real teenybopper phenomenon. Or at least that the way this 12 year old remembers it.

Then came the re-runs of the movies in the cinemas. Imagine these days multiplexes running movies that were five years old?/ Of course this was just before the age of VHS and an age before streaming and on demand. It actually seems weird just writing about how antiquated and in control the film and TV studios were in those days. But the films were mind-blowing to me at once adult and violent but at the same time familiar and vivid thanks to Galen, Burke and Virdon in the TV series. 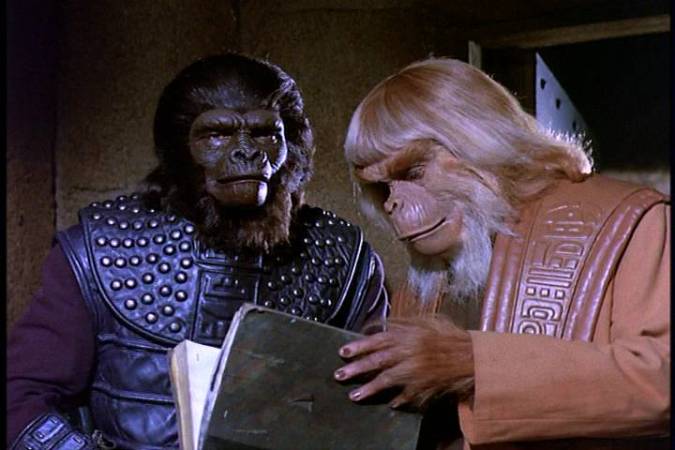 The movies are patchy of course ranging from the taut sixties sci fi of the original with Charlton Heston to increasingly low budgets leading to diminishing returns. I read recently that each ape movie played to society’s fears in each ear and it’s true, they tackle nuclear war, racism, slavery, liberalism, vivisection and all out trepidation for our future.

Tim Burton rebooted the franchise badly a few years ago (how did one of my favourite directors get that so badly wrong) but the recent back to basics approach with the movies is golden. Rise of The Planet of the Apes just appeared with no fanfare, almost like the studio was embarrassed by it but it was a huge success, paving the way for this years’ Dawn of the Planet of the Apes.

Technology in movie making has meant that we now have Andy Serkis motion capture apes as opposed to John Chamber’s outstanding make up for actors. I love both and at the time we marvelled at the make up and now we don’t even notice that the apes are all CGI, which is testament to the creativity and skills at play. Incidentally, John Chambers also created disguise kits for the CIA as well as Cornelius’s muzzle, I’d like to see CGI do that…but maybe there’s an entire movie franchise in that idea.

I always think a director has you in the palm of his hand when you are rooting for the apes and not the humans and this is what happens in Dawn of the Planet of the Apes. There are lots of nods and winks to the old movies (the main orang-utan is called Maurice, a loving nod to Maurice Colman who played Dr Zaius…apologies, I could go on) but the main thrust of the movie is decidedly modern and of its time. Fast, visceral, epic and engaging — this is a summer blockbuster for the masses but doesn’t flinch from delivering hefty moralistic messaging for both apes and men.

Of course the sequel is set up perfectly and I’m sure they are storyboarding as we speak and Andy Serkis is suiting up and you know what? 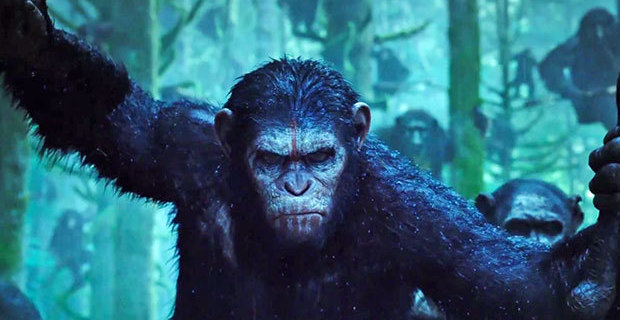 One thought on “Dawn of the Planet of the Apes”