If you have ever lived in Leeds, or come from the city itself then you will know Whitelocks.

Tucked away in one of the city’s ‘loins’ – or lanes, this one evocatively called Turk’s Head Yard  – this venerable city centre pub is the oldest in Leeds. It’s an institution. Culturally it’s quite significant in that it’s one of the remaining pubs in the city that hasn’t had the wrecking ball of modernism applied to it. All of its contemporaries have gone the way of progress by and large with a couple of less noteworthy exceptions.

Originally, when it opened in 1715, it was a ‘Luncheon Bar’ serving the merchants and traders of the growing textile city under the name of the Turk’s Head. In latter years it took the name of the family that owned it and over the years it has acquired a uniquely rich patina of history in its very fabric.

Poet John Betjeman enjoyed the atmosphere of Whitelocks, describing it as “the Leeds equivalent of Fleet Street’s Old Cheshire Cheese and far less self-conscious, and does a roaring trade. It is the very heart of Leeds.”

The very heart of Leeds. That’s a pretty big statement – but if you spend an hour or so over a very well kept pint of local beer, you’ll get a sense that statement is not far off the mark. Yes, the city has grown and changed immeasurably since Whitelocks first pulled its first pint but the pub remains steadfastly traditional, almost reminding the city about its heritage. Unusually for city centre pubs smack bang in the middle of the shopping area, the regulars are just that: folk who enjoy an oasis of calm, good beer and warmth.

Next time you’re in the city, stop by, while away an hour or so with a book and pint or two. You’ll see why the people of Leeds love this place. 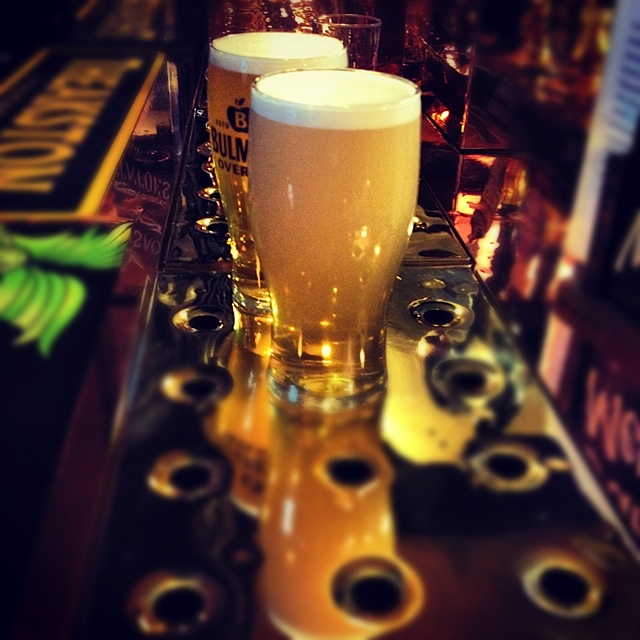